A drop of water.
( freeimages.com )

Proso millet could become a key crop in water-limited areas now that its genome has been sequenced, opening the door greater and more rapid yield improvements than in the past. An international consortium of Chinese and American public sector researchers and Dryland Genetics announce publication of the genome of proso millet (Panicum miliaceum) in the journal Nature Communications.

Proso millet's strong suit is its ability to grow with less water per bushel produced than any other cereal crop, even on poor-quality land.

The sequencing of the proso millet genome has enabled Dryland Genetics to use modern statistical genetic breeding tools to develop new, more productive varieties of proso millet. It also is anticipated that this new genome sequence will accelerate the development of varieties adapted to new regions.

“Living in Nebraska, the limits of the water supply are never far from my mind,” says James Schnable, one of the founders of Dryland Genetics and an author on the present study. “A lot of people have put a lot of time and effort into trying to make corn use less water while producing the same amount of grain. Our idea was to instead identify a crop that already uses water efficiently. It turns out it's much easier to make a water-use-efficient crop higher yielding than to make an existing high-yielding crop, like corn, use water more efficiently.”

Approximately 500,000 acres are planted with proso millet in the US each year, primarily in those portions of Colorado and Nebraska where farmers lack water for irrigation. Only six varieties have been developed in the past 30 years and only two of these – Huntsman and Sunup – are adapted to much of Colorado. The newly sequenced genome makes it straightforward to identify hundreds of thousands of genetic differences among diverse proso millet varieties collected from all over the world.

"It is becoming increasingly urgent to develop new crops that can thrive in semi-arid conditions, given increasingly variable rainfall and competing demand for existing water from agricultural and urban use," Schnable adds.

Dipak Santra, an associate professor at the University of Nebraska Panhandle Research and Extension Center says, “This will have a huge potential impact on the region's rural economy. Proso millet’s direct value to (the semi-arid High Plains of the United States) is $45 million/year, but considering its benefits to the dryland production systems, the total value of proso millet to the region’s economy could be closer to a billion dollars.” 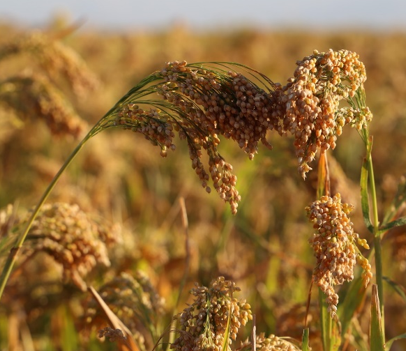 PREV
The Best Yield Maps Talk To You
NEXT
Your Friday Forecast: Milder Air is Finally on the Way!