Sprayers: A Hot and Cool Market

Can a market be hot and cool at the same time? Yes. ( AgWeb )

Can a market be hot and cool at the same time? Yes. Let’s look to the used self-propelled sprayer market as an example. Generally speaking, hard cash auction prices on used sprayers softened a bit throughout 2019.

One sign of somewhat weaker buyer demand showed itself in the form of falling search traffic on used sprayers for sale at MachineryPete.com.

From a value standpoint, the used units in nice condition didn’t decline. It was more of a softening in prices for units in OK-to-average condition.

We began to see a surge in search traffic on used sprayers early in 2020. Auction results showed strengthening buyer demand too. For example: 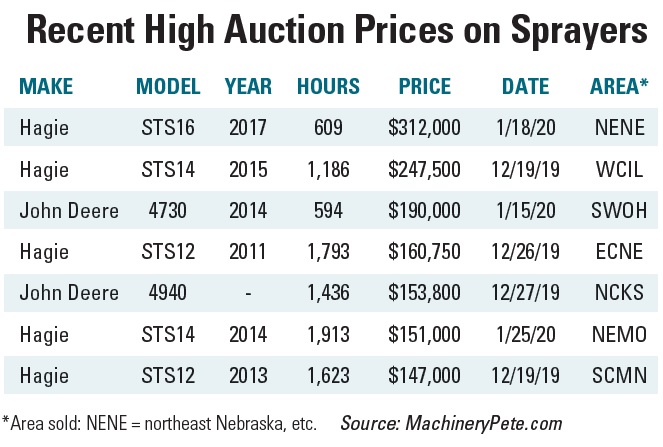 Greg Peterson is the most trusted name in farm equipment. Visit MachineryPete.com, for his latest analysis as well as equipment listings from dealers and equipment for sale at upcoming auctions.

AgPro Podcast: Q&A With One of the Largest Application Dealers

AGCO Names the 14th Annual Operator of the Year Recipient

Rain Continues in the Southeast
3

Fungicide Q&A With Missy Bauer: Use on Later-Planted Beans & Timing