Work is continuing in Iowa to rebuild storage, and that includes commercial storage for grain. That storage is desperately needed as harvest kicks into full gear.

AgDay National Reporter, Betsy Jibben, returns to the Mid-Iowa Cooperative AgDay had visited the same week as the August derecho to see how far they’ve come.

The rebuild is still underway at the Mid-Iowa Cooperative near Toledo, Iowa. The facility is known as the “Midway” location. The work rolls on as construction continues.

“We’re open for business here at our Midway location, as well as our other locations, which sustained damage as well,” says chief operating officer for Mid-Iowa Cooperative, Bruce Kempf.

The Midway location suffered 80% damage back in August after the historic derecho flattened its bins, leaving one bin standing along with a tower and dryer.

When AgDay visited September 22, the cooperative was rebuilding faster than first anticipated, creating even more bin storage and an automated conveyor in the back capable of adding up to 2 million bushels of bunker space. 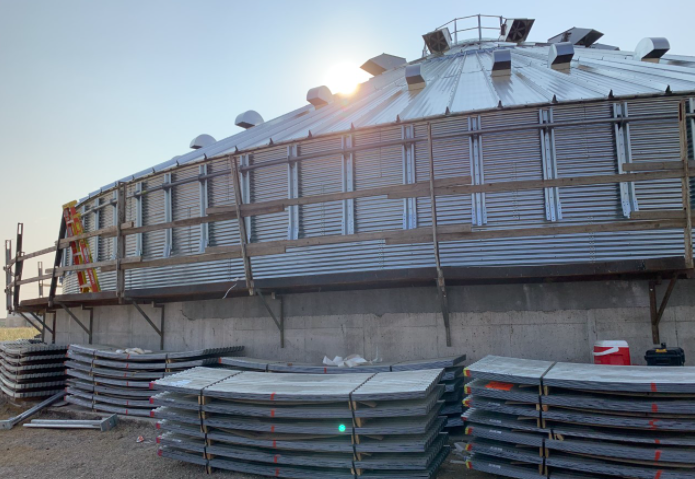 Now, they have one wet bin, four standing grain bins and two more under construction as the cooperative hopes for a full completion by November 1.

“Our CEO ordered bins the same day [as the derecho], and that really allowed us to stay ahead of the supply chain issues,” says Kempf.

This is as farmers throughout the state are rebuilding their own bins. It’s work which will carry into next year.

“This bin is totaled, and this bin is totaled,” says Dennis Campbell, a farmer in Grand Mound, Iowa, as he points to what was his on-farm storage before the storm. “This winter we are going to try to take this bin down, scrap that metal and then rebuild these two 190,000-bushel bins and have those in place so we can run next fall.”

It’s as farmers wonder if cooperatives around the state can pick up for lost on-farm storage.

AgDay National Reporter Betsy Jibben asks, “Are you going to be able to provide this harvest for farmers?”

“We think we are going to be able to provide,” says Kempf. “We’ve acted quickly and decisively.” 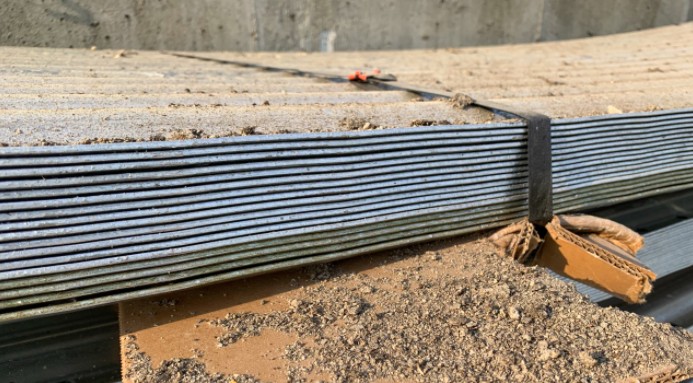 Other farmers, not close to Midway, are having issues with their elevators.

“Normally, we would take our soybeans to the elevator in town but that’s damaged,” says Brad Dircks, Lowden, Iowa. “The second closest location is damaged as well.”

“It’s been a whirlwind for sure,” says Chris Schaudt, vice president of sales for Mid-States Millright Builders in Nevada, Iowa. “[There’s] a lot of stuff going on at once [with] multiple contractors and lots of engineering.”

The company Schaudt works for is one reason why the Midway location is running. The company is also rebuilding throughout the state.

“You’re all of 18 months to 24 months to rebuild,” says Schaudt. “It will still have a tail after that, but that will get a large majority of it.”

He says it’s not as simple as rebuilding what was there but rebuilding to fit today’s standards across multiple farms, companies and counties.

“We are going to be touching probably more than 20 million bushels of rebuild space,” says Schaudt.

During the AgDay visit on September 22, 2020, Schaudt said, “Within the next three to four weeks, we’ll have close to 7 to 8 million bushels [potentially] back up and operational.”

It’s a process of rebuilding the state of Iowa quicker than expected after a natural disaster. It’s about trying to make harvest run smoothly for farmers under unfavorable circumstances.

Kempf says eight facilities sustained damage. All eight are back open with seven of the facilities taking corn. 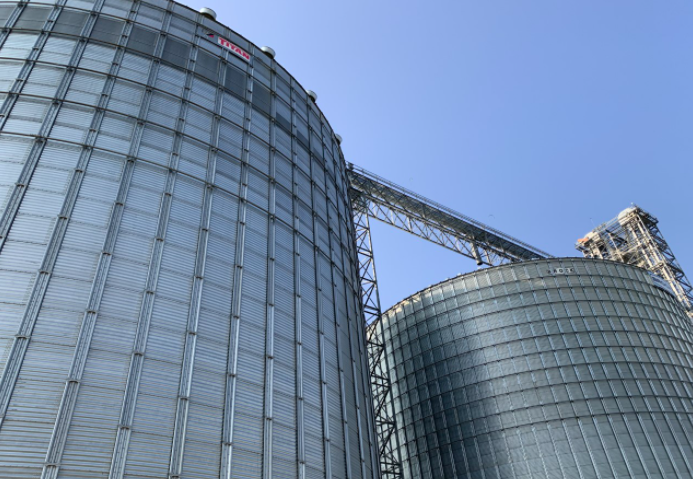 Crack The Case on Sustainability
3

Seeking Conservation Policy for the Environment and the Economy
4

The Scoop Podcast: Rick Brandt Wants To Win In The Field And On The Track