After an extremely wet year in 2019, farmers in many states should expect at least a moderate risk of flooding this spring. This includes some of the top corn- and soybean-producing states in the country.

The most significant flooding is expected in North Dakota, South Dakota and Minnesota from March through May. Additional moderate risk areas include the central and southeast U.S., specifically the upper and middle Mississippi River Basins, the Missouri River Basin and the Red River of the North, according to the National Oceanic and Atmospheric Administration (NOAA).

This means many of the states that experienced record flooding last year will likely be hit again.

Flooding is undoubtedly driven by the higher-than-average rainfall expected across half of the U.S. from April to June. Illinois, Indiana and Ohio, and parts of their surrounding states, are expected to have the biggest variance from normal rainfall in terms of excess moisture. States all the way from the Northern Plains down to the Southeast should expect higher rainfall, too, though not as different from normal as those states. 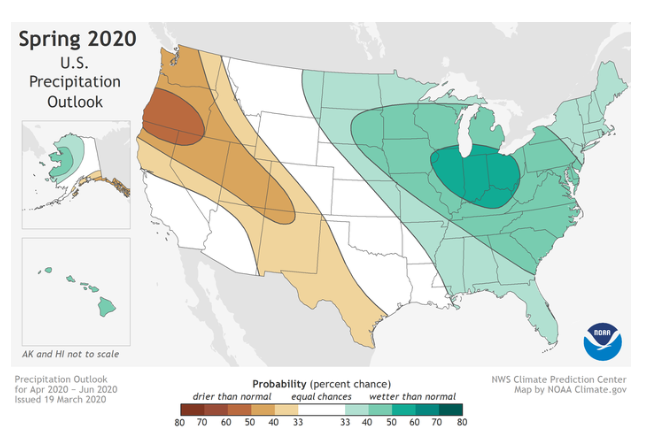 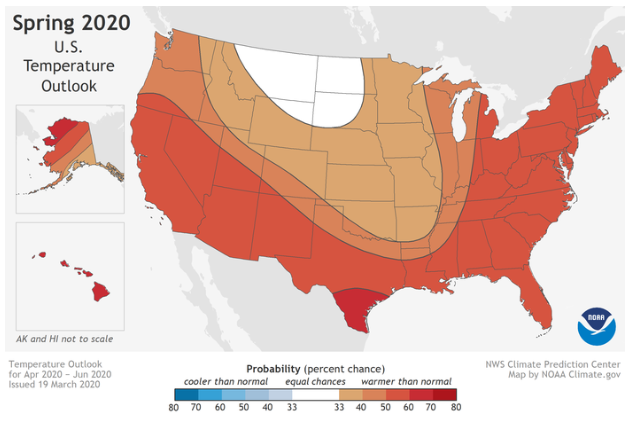 If you do get to plant, it means you might need to keep an eye out for diseases that prefer high humidity, high moisture or hot weather.

Active Jet Stream Could Pump In Moisture During Spring Planting

6 Things To Check Before You Switch Corn Maturity

Is Another Wet Spring in Store?