Bt, Bacillus thuringensis, crops are used around the world in corn, cotton, soybean and eggplant. More than 20 nations have at least 2,471 acres of the genetically modified crops, with many in the 80% to upper-90% range of use.

Eggplant with Bt proteins was introduced in South Asia five years ago and has jumped from zero to more than 27,000 farmers using the product, according to a recent posting from Justin Cremer with Cornell Alliance for Science. It has reduced farmers’ insecticide use. 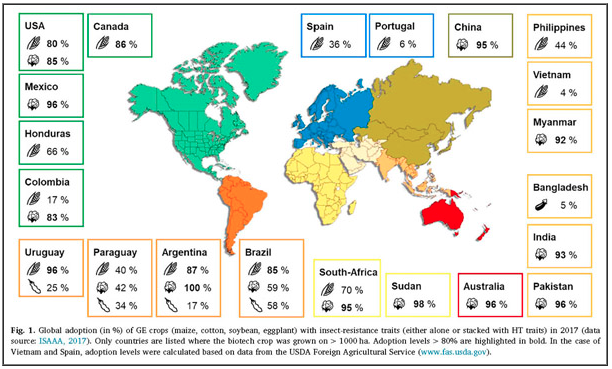 “The large-scale adoption of Bt crops in some parts of the world has led to area-wide suppressions of target pest population benefitting both farmers that adopted the technology and those that did not,” researchers said in a comprehensive review published in the journal Biological Control. 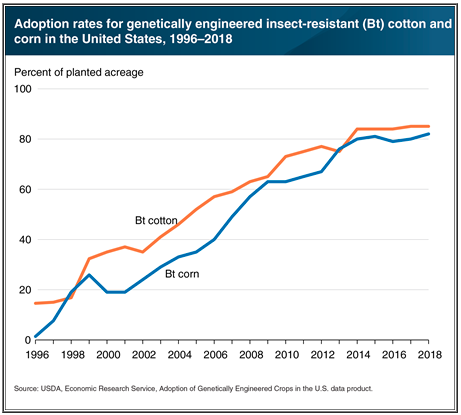 After the September Report, are $10 Soybeans as Good as it Gets?
3

As Soybeans Surge Above $10, Here’s Why Soybeans May Be Overbought
5