The philosophy of “go big or go home,” might work well for sports teams, but it’s not a good strategy for farmers looking to grow hemp for cannabidiol (CBD), according to Corbett Hefner, vice president of research and development for Colorado-based Formation Ag.

“We saw that happen in Oregon, and many of those farmers went broke,” he notes.

The financial opportunities with CBD are equally bleak now. Spot biomass prices have continued to trade lower on a month-over-month basis, recently transacting at a midpoint price between $0.62 in the Great Plains to $0.72 per point in Colorado, according to PanXchange, a commodity trading platform.

The price for CBD-yielding flower is based on dollars per point per pound. So, a Colorado crop containing 10% oil sold at a midpoint price of 72 cents per point the end of January, an average of $7.20 per pound.

A year ago at this time, that same crop would have been valued at $3.50 per point or $35 per pound, which is reflected in a chart by PanXchange at the bottom of this page (Learn more at https://bit.ly/3a1oH7F).

The lack of dollars has caused farmers in much of the U.S. to apply the brakes to production, and understandably so.

“If you haven’t seen a lot of buying contracts out there lately, there are reasons for that,” says Dave Neundorfer, CEO of Open Book Extracts. The company operates a processing facility and is headquartered near Roxboro, N.C.

He says the hemp market, particularly for CBD, currently is being driven by brokers.

“Right now there are some opportunistic brokers out there making decisions based on a price game, which is a rush to the bottom,” he notes.

Most brokers aren’t buying on quality and consistency, though Neundorfer expects that to happen as consumers demand both.

Outdated or unclear regulations are a second factor contributing to the current uncertainty for farmers and other groups in the hemp industry.

In North Carolina, for instance, the state’s pilot program for producing hemp, which was developed under the authority of the 2014 Farm Bill and state law expires at the end of October.

“We have one of the biggest hemp programs in the country, and I don’t have good answers for our growers going into this season. This puts farmers in a precarious position, and I don’t like that,” she notes.

She adds that federal regulations guiding hemp production come under the umbrella of USDA. Once the crop is harvested and processed, it is under the jurisdiction of the FDA.

“I think the laws might be uncertain for the next three years and will continue to evolve for the foreseeable future,” she says.

So why bother growing hemp at all this season?

Maybe you don’t, Neundorfer says, because there’s still a lot of unsold product available from last year—though a lot of it is of such poor quality it will never be sold.

Or, if you do grow it, consider putting in only 100 plants or so to gain experience working with the crop.

“A 1-acre patch is a good start,” says Hefner, who says hemp is useful in a crop rotation. “Don’t plant more than you’re comfortable turning under,” he adds. “This crop isn’t like grain—you can’t take it to the elevator.”

However, there are opportunities for hemp on the horizon and offer some compelling reasons why farmers might want to work with the crop.

For instance, the Hemp Feed Coalition is an organization working in 12 states, conducting animal feeding studies particularly with cattle.

“Once hemp is approved for animal feed the market will be much more viable and available for farmers,” Hefner says.

“Start thinking about how this crop can be used to build houses—that’s what they’re doing in Europe in some areas,” he adds. “Those are the kinds of things you need to be thinking about to make money with this crop.”

For its part, Farm Journal is hosting a series of Hemp Colleges to help farmers learn the ins and outs of producing and marketing the crop. More information on the upcoming Hemp College on March 25 in Lubbock, Texas, is available at: https://bit.ly/37Y29TN 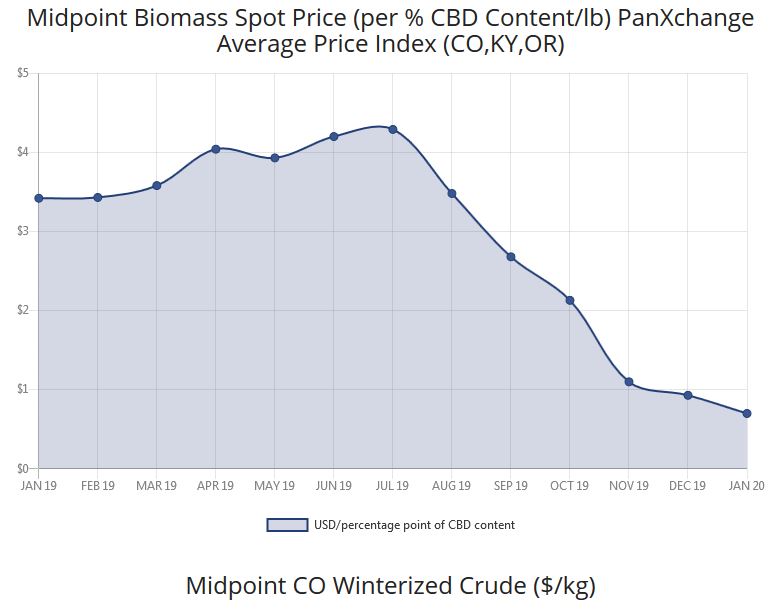 PREV
American Treasure: Pole Vaulting Farmer, 77, is a Living Legend
NEXT
ASA Congratulates the 2020 Winners of the Conservation Legacy Award

FJ Live: These Markets Look Like They’re Working on a Bottom
4

Tough Lessons From 2019 Farmers Can Use Now
5

Leveraging The Momentum Of Crisis