Harvest in a Hurry

For all of the uncertainty in 2020, weather experts are seeing one likely trend: an early harvest.

“We have made major advancements over where we were last year in terms of the accumulation of GDUs,” says Eric Snodgrass, principal atmospheric scientist with Nutrien Ag Solutions. “Instead of worrying about a crop in the Dakotas that’s never going to finish, we’ve now got a crop that’s really screaming along, and it’s going to put on an early harvest for us.”

Snodgrass expects a strong flow of monsoon moisture out of the Southwest later in the summer.

“As we progress through the end of summer, we are still seeing a pretty hot and stormy pattern,” he says. “We’re going to have a lot of folks who are going to be kind of dodging the thunderstorms to get the crop out.”

Weather in the Gulf of Mexico is another important factor to monitor, says Tom Downs, a meteorologist with WeatherBELL Analytics.

“As we head into the hurricane season, which peaks in September but runs to October, you could be looking at some drenching rains during harvest time,” he says.

Given the heavy-handed hurricane season and pockets of drought, Snodgrass says the likelihood of way-above trend yields is low.

“Trendline yields are more likely than a record smashing year on corn or soybeans since the ‘garden spot’ is a bit fragmented,” he says. 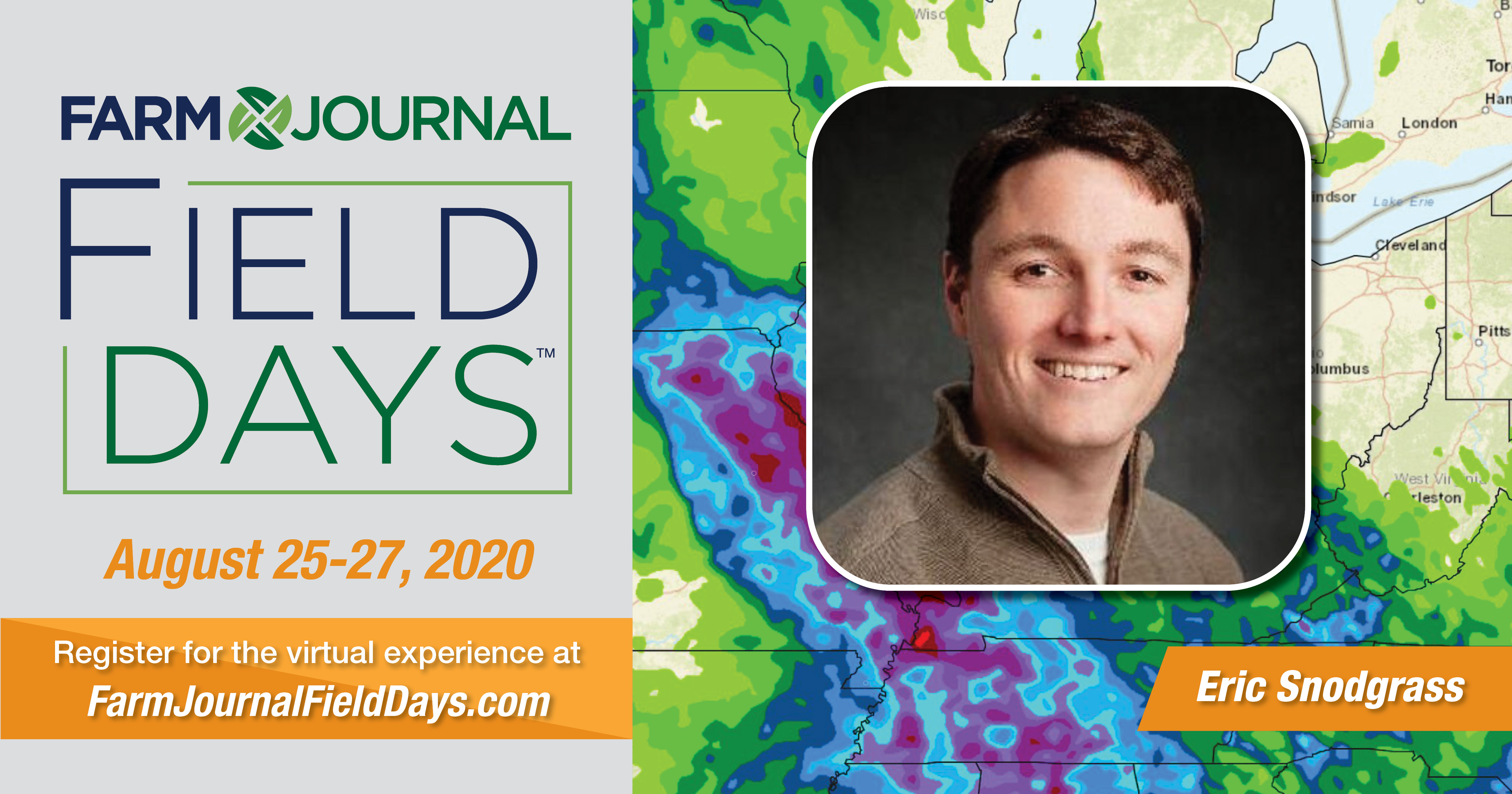 Derecho Fields, It’s Time to Walk Away from the Crops

Up to $14 Billion in Round Two CFAP to Farmers, Ranchers and Growers
5

Surge in U.S. Pork Exports to China Led by JBS and WH Group