Farmers Continue to Invest in Tile Despite Tough Finances

Tile can drastically change the productivity of a field—and farmers are taking note. According to an Illinois FarmDoc report, tiled acres increased 77% in the 48 states with tiling from the 2012 Census to the 2017 Census of Agriculture. 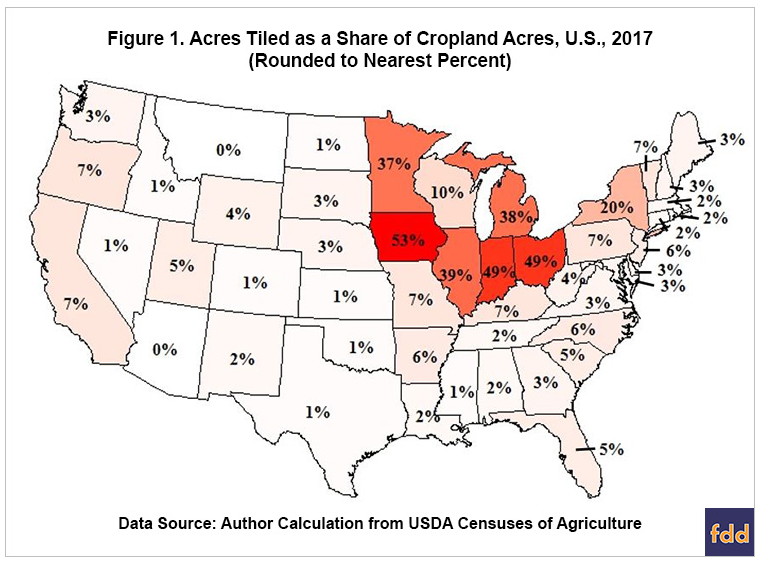 “Despite the downturn in farm prices and returns since 2012, farmers in areas where tile is common continued to invest in this land management practice,” said Carl Zulauf and Ben Brown, authors of the report. “However, the largest percent increase in acres tiled was the adjoining states of North Dakota at +109%, Kansas at +73% and South Dakota at +69%.”

Notably, 85% of all tiled acres is concentrated on states that border the Great Lakes or are considered more traditional Corn Belt states. Overall tiled acres increased by seven million from 2012 to 2017.

“It is reasonable to speculate that the wet weather experienced so far in 2019 might stimulate further interest in tiling land both in the historical core U.S. area for tile as well as adjoining areas,” the authors continue. 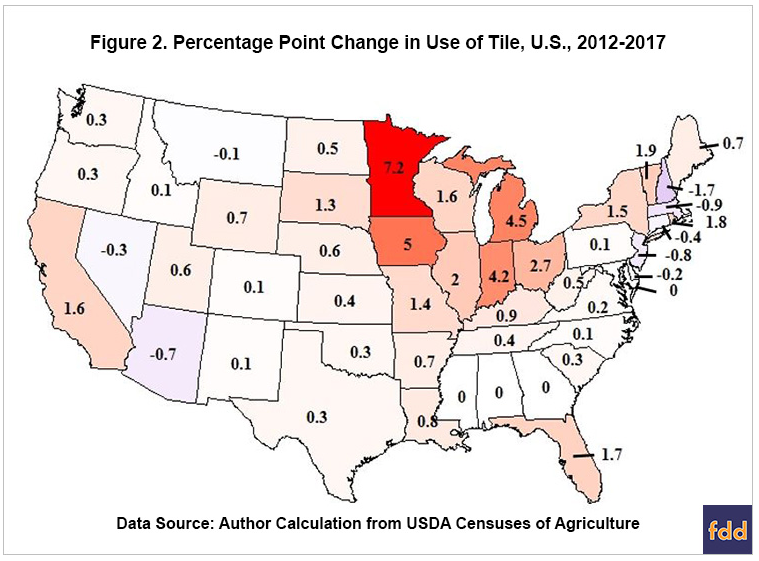 There are 56 million acres with tiling in the U.S., or about 14% of total cropland. Iowa and Indiana lead the pack, at 53% and 49% tiled, respectively.

Registration is Open for ENGAGE for Ag Leaders
2