As the planting season nears the finish line, focus shifts to crop condition. So far, so good. ( AgWeb )

As the planting season nears the finish line, focus shifts to crop condition. So far, so good.

Corn planting is complete in Minnesota, Nebraska and North Carolina. Of the 18 top corn-producing states, only North Dakota is below 90% complete. It sits at 87% complete, which is behind the five-year average of 96% planted by early June. See AgWeb's corn planting map.

Last week, 74% of the U.S. corn crop had a good or excellent condition rating. For June 8, 75% of the crop received the two highest ratings. 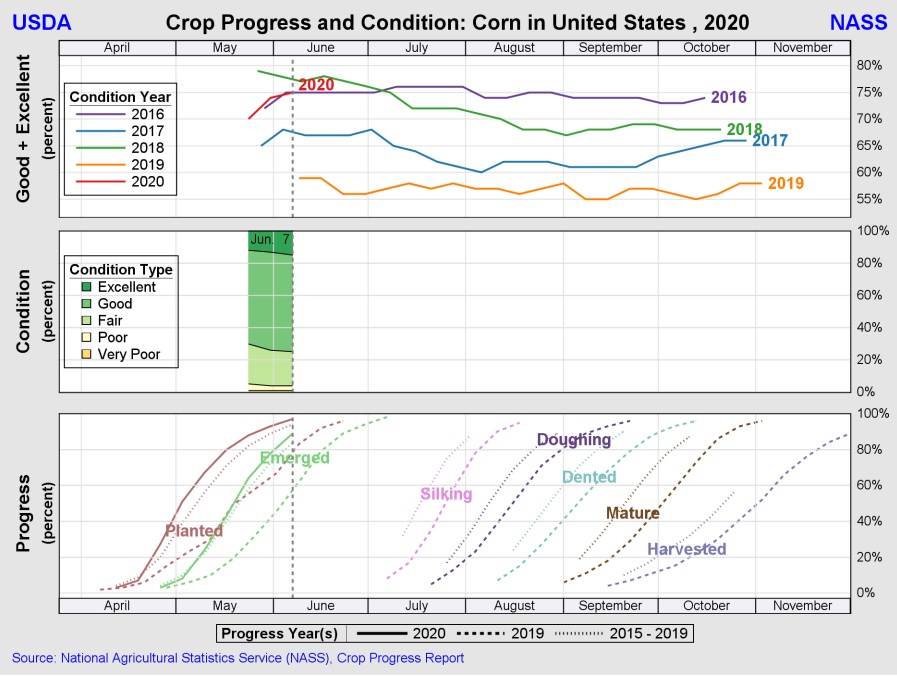 For soybeans, 86% of the U.S. crop is planted. That’s up from 75% planted last week. The five-year average for early June is 79% planted. See AgWeb's soybean planting map.

The majority of states are close to or ahead of the five-year average planting pace. For example, Kansas farmers have planted 79% of the state’s soybean crop, and the average for this time of the year is 55%. 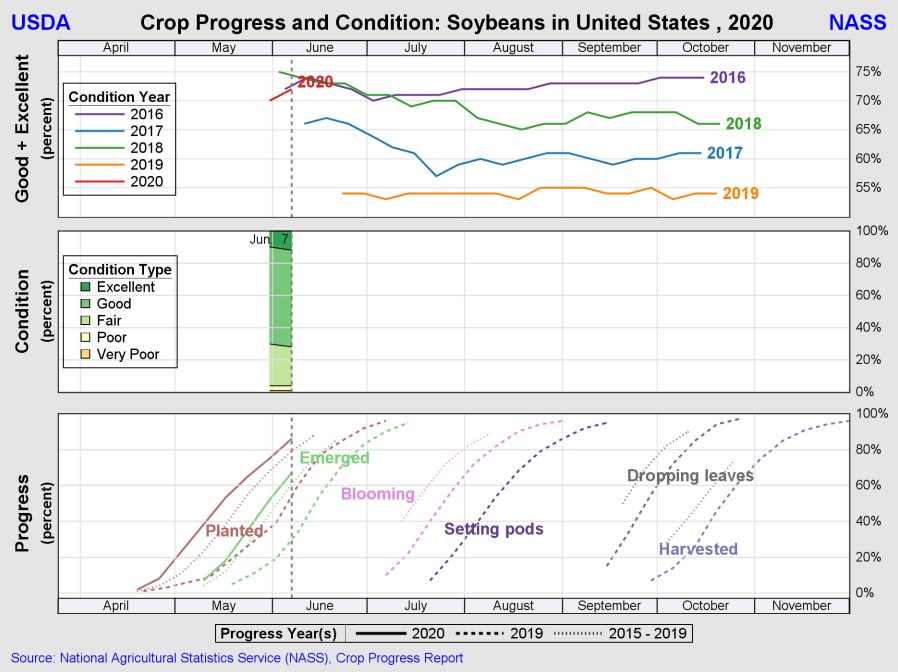 For spring wheat, 97% of the U.S. crop is planted, which is an average pace. See AgWeb's spring wheat planting map.

Last week, 80% of the spring wheat crop was in good or excellent condition. This week, 82% of the crop reached that designation. 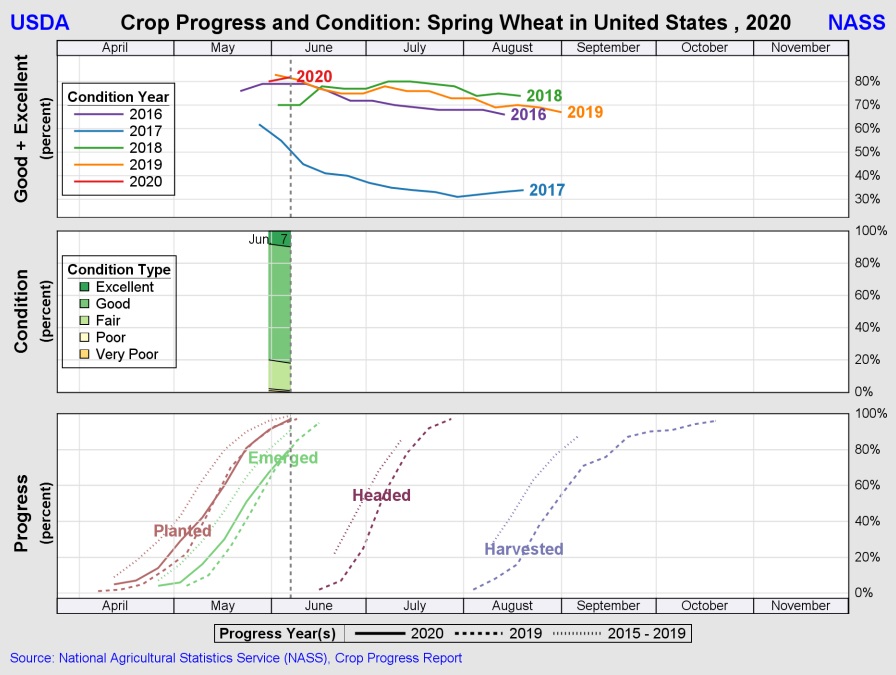 For cotton, 78% of the U.S. crop is planted, which is on pace with average. See AgWeb's cotton planting map.

Sorghum planting is also pacing close to average, with 64% of the country’s crop in the ground.

PREV
Much of the Corn Belt Forecast to be Warm, Wet Over Next 30 Days
NEXT
EPA Says Existing Dicamba Stocks Can Be Used

Corn, Soybeans Take A Hit from Heat but Not Blueberries

Backup Storage at the Edge of the Arctic