U.S. corn planting is sailing toward the finish line. As of May 17, 80% of the U.S. crop has been planted. That’s up 13 percentage points from last week and nine percentage points above the five-year average for the middle of May, according to USDA's latest Crop Progress report.

Ahead of the report, market analysts were expecting corn planting to be 82% to 84% complete.

North Dakota and Pennsylvania are the furthest behind in planting with 20% and 15% planted, respectively. 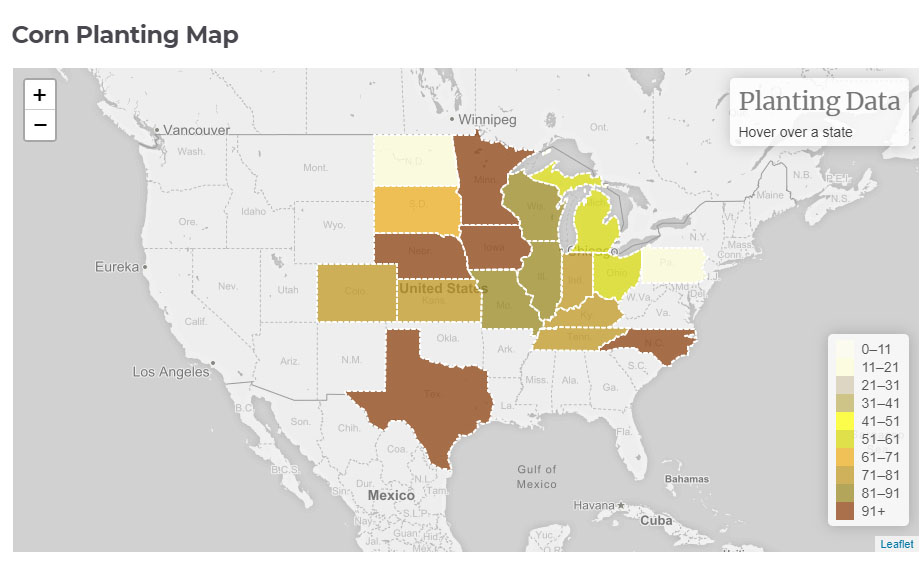 Corn emergence is at a normal pace, with 43% of the crop emerged.

Ahead of the report, market analysts were expecting soybean planting to be 51% to 54% complete.

Iowa, Louisiana, Minnesota and Nebraska are all 70% completed or higher for soybean planting.

On the flip side, North Dakota is currently 9% planted in soybeans, followed by Missouri with 27% planted. Both paces are significantly behind each state’s five-year average. 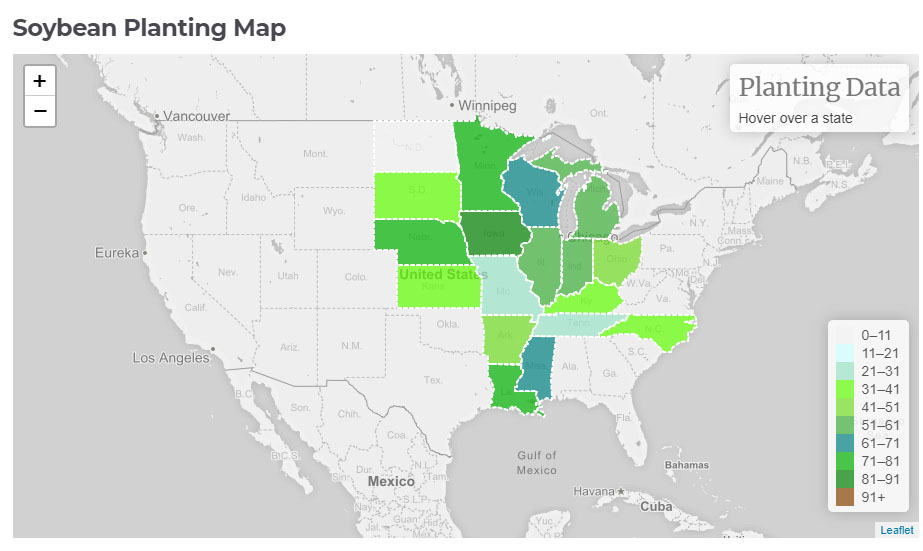 Currently, 18% of the U.S. soybean crop is emerged, which is ahead of the five-year average of 12% emerged by mid-May.

For cotton, 44% of the U.S. crop is planted, which is in line with the average planting pace.

The U.S. spring wheat crop is 60% planted, which is behind the five-year average of 80% planted by mid-May.

The U.S. sorghum crop is 32% planted, which is a normal planting pace.