How far did the farming community of Franklin County go to help a fallen brother? The answer is found in the empty fields of producer Kevin Barz. In July 2019, Barz, 63, and his wife, Julia, 49, of Hampton, Iowa, were killed in a motor vehicle accident, leaving behind a devastated family and approximately 1,200 standing acres of corn and soybeans.

Almost three months later, in the midst of ratcheting harvest pressure, the growers of Franklin County offered far more than kind words and condolences—they responded with action. In October, five combines from neighboring farms, along with a fleet of grain carts and semi-trucks, rolled onto Barz’s ground and cut 270-plus acres of soybeans.

Next, on Nov. 10, with 900 acres of corn ready for harvest, the volunteer army returned in force: 25 combines, 15 grain carts and 30 semi-trucks. “Kevin was one of those guys that would do anything for anyone, on or off the farm,” describes producer April Hemmes. “In response, people just showed up with combines. Guys would arrive and ask if they could help: ‘Sure, go get a semi and grain cart.’”

“It was truly amazing to watch,” she continues. “People came from everywhere with equipment, just wanting to help. Somebody even anonymously donated 1,000 gallons of diesel fuel. A retired farmer, Joe Scallon, deserves so much thanks and credit because he was in the middle of organizing all of it.”

Logistically, the crop was divided into multiple fields and the equipment was split accordingly. Hemmes was at the helm of 250 acres: “It was humbling because we had helped one of the guys in my group in the same way last fall while he was in the hospital. Now, he’d just been married and had a wedding reception that evening, but he was in the fields working and wouldn’t leave. I forced him to leave at 3 p.m., and his reception started at 5 p.m.” 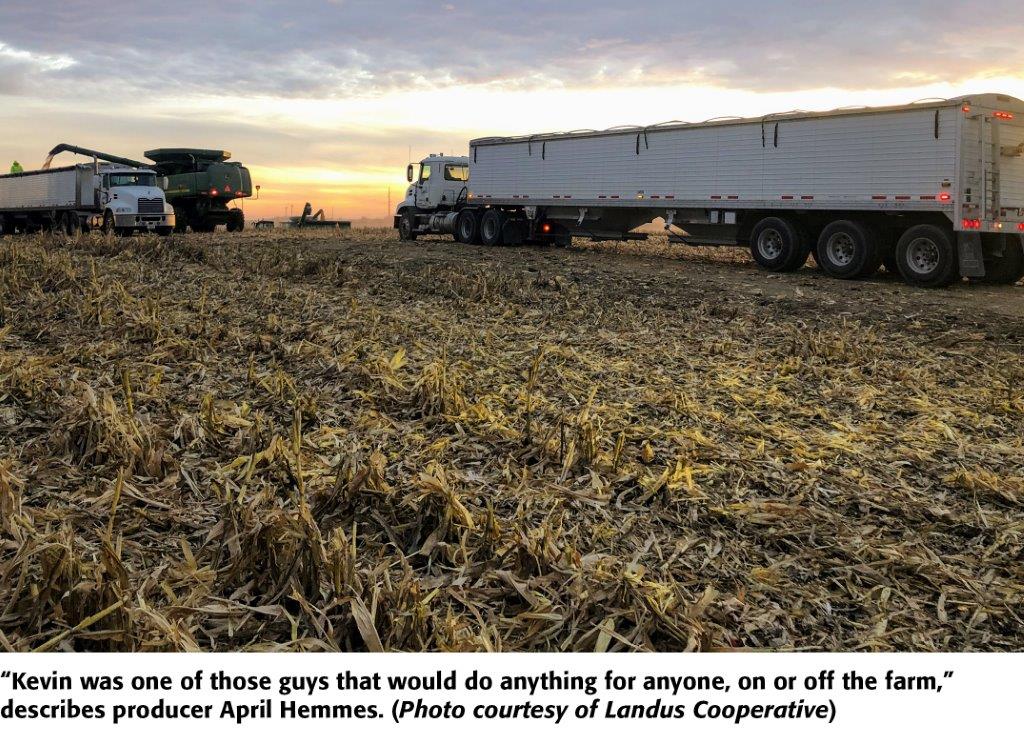 Landus Cooperative (Bradford) put a heavy shoulder to the yoke and played a central role in the harvest, Hemmes describes. “We could not have done this without Landus, and they went above and beyond. They opened three separate dumps, no waiting, no tickets for truckers, no getting out, extra employees, donated semis, and so much more. They even donated a prized possession of the moment—propane.”

Landus jumped at the opportunity to participate, describes Justina Durr, grain marketing advisor for Landus. “Joe Scallon, who did such a great job in organizing volunteers, came in the elevator one day and told us about plans to harvest. It was never even a question: We were going to help them rally. This is just what we do as part of this small, close-knit farming community—we help each other.”

During tragedy or emergency, Hemmes says Franklin County farmers are quick to answer the bell: “This is what we’ve always done.”

“There’s one last thing that’s very telling and important to remember,” Hemmes adds. “Not a single farmer helping in those fields, not one, was finished with their own corn, but that’s how we respond.” 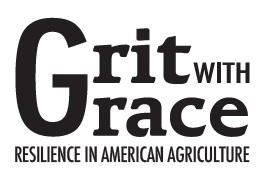 Grit with Grace highlights farmers’ resilience in the face of adversity. Read their stories at AgWeb.com/Grit-With-Grace

China Needs to Make Bigger Buys to Make Up for Ethanol Losses in U.S.

Active Jet Stream Could Pump In Moisture During Spring Planting
3

No Need to Stockpile Food in the U.S.
5

Ethanol Plants Are on the Verge of Shuttering Production; Here’s Why