Farmers expect trade to continue to be an issue in 2020. That's according to the latest Ag Economy Barometer from Purdue University and the CME Group.

According to its August survey of 400 producers, 58% of those asked expect another Market Facilitation Program payment for the 2020 crop year. 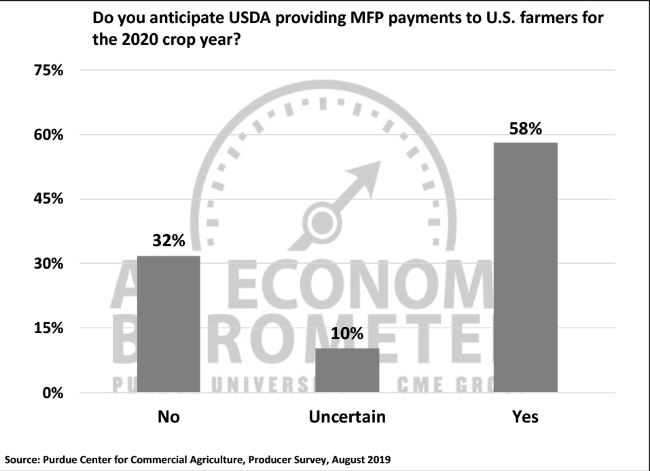 That longer-term view of the trade war with China also pushed August sentiments lower.  The Ag Economy Barometer dropped to 124 from its July high of 153. 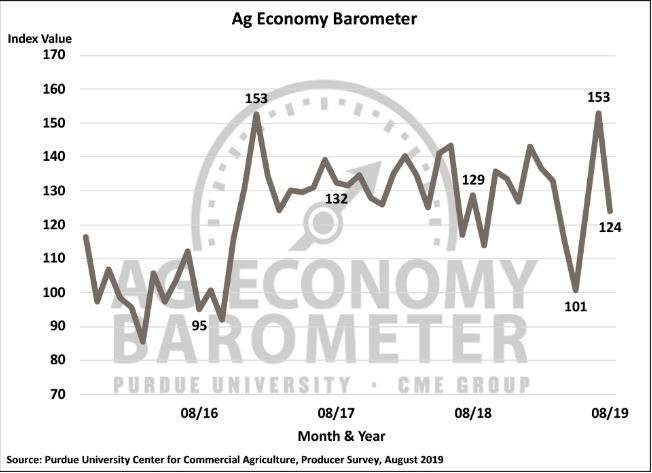 The survey indicates a less positive outlook, due in part to crop and livestock prices declining, a larger than expected crop production estimate, and improving overall growing conditions.

Still, surveyors found 72% of farmers polled said they expected the trade dispute to be resolved in a way that favors U.S. agriculture.

PREV
Germany Will Ban Glyphosate After 2023 To Save Insects
NEXT
Brazil to Import More U.S. Ethanol Tariff-Free, But Not Much

What’s Next For Tillable? One-On-One with CEO Corbett Kull

Powerful Winter Storm Plows Through the South, Into Great Lakes
2

AgDay Analysis: Could Cotton Be a Good Planting Decision for 2020?
5